As James Delaney's trading plans start to unravel, a family revelation drives him into dark and haunted places, both real and emotional. Those around him, his household and family included, seem to be spiralling out of control, with terrible prices being paid. Meanwhile, at the East India Company, a frustrated Sir Stuart Strange calls for all-out war against James, threatening to destroy all he has built. As James reacts to this upsurge of chaos, things take a dire turn. [1] 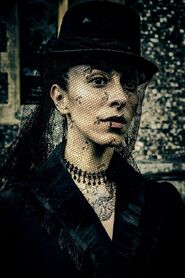