French Bill is a taciturn henchman who is not afraid dirtying his hands, nor to perform illegal acts. French Bill is a lanky man with a thick beard and greasy black hair, often seen wearing worn clothes.

French Bill is a criminal who assists Atticus in his misdeeds, partaking the illegal activities of the Dolphin Inn gang.

French Bill and Atticus were amidst the crowd of tenant farmers and creditors during the testamentary reading of the late Horace Delaney at the lawyer's office. During the meeting, they recognised Thorne Geary as the mysterious gentleman who had offered money to Atticus in order to kill Horace Delaney. Later, French Bill was present when Atticus offered to James Delaney to dispose of Geary's corpse at the harbour. [1]

French Bill was present during the illegal trade between Atticus and James Delaney. (Episode 3) French Bill also took part in the robbery planned by the two partners at the expense of the East India Company, helping to shed a bad light on the joint company in the eyes of the British Crown. [2]

Hired by James Delaney to protect prostitutes, French Bill was called loudly by Winter when a soldier was threatening Pearl, one of the prostitutes. French Bill burst into the room, and then the soldier's corpse was left on the beach by Atticus. [3]

French Bill participated, along with the rest of the gang, in the displacement of the gunpowder hidden in a hearse falsely listed as carrying cholera's victims. helping to carry out the negotiations with the Americans as stipulated previously between Delaney and Dumbarton. [4]

He was frequently controlling the cargo required to set sail, and obtaining the legal documents necessary to acquire a ship for the Delaney Nootka Trading Company directly from the East India Company. When Benjamin Wilton insulted James, French Bill shot him in the forehead after giving him Sir Stuart Strange's greetings; Thus revealing that Sir Strange was nothing else but a pawn in the hands of Delaney. Later, French Bill actively took part during the clash with King's guards at the docks and, after using a wounded George Cholmondeley as a shield against some of them, he arranged to bring the chemist to safety on board the ship, cleverly subtracted from the East India Company. [5] 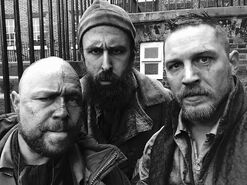 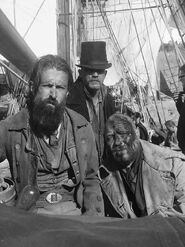 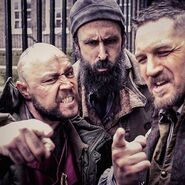