Jessie Buckley
Lorna Bow is the late wife of Horace Delaney, guarding one of his many secrets. Lorna is a major character in Taboo. She's portrayed by Jessie Buckley.

"Much-beloved actress often found treading the boards at the Theatre Royal, Drury Lane. A talented free thinker, who plays by nobody’s rules but her own." [1]

Lorna Bow is an actress of Irish descent with a pale complexion, curly red hair, and dark green eyes. Lorna is a resolute and stubborn woman, traits that often lead to a clash with James. Firm in her convictions, Lorna is no stranger to violence, although under the appearance of a shrewd social upstart lurks a fragile woman. Lorna takes her work as a stage actress very seriously and is quickly angered by those who promptly assume that she also makes ends meet as a courtesan.

Lorna Bow is an Irish actress, as well as Horace Delaney's last wife. She was a companion to Horace during the last years of his life, listening with greedy interest what the man had to say about his own past, including his relationship with his long-lost son, James.

Lorna Bow came to the office of the attorney during the reading of the testament of Horace Delaney, claiming to be his widow. Robert Thoyt, then, invited the woman to wait for the marriage certificate, drawn up in Irish, was translated before commencing any legal move. Lorna and James Delaney had a chance to discuss, in particular, the veracity of her statements given her past as an actress. [2]

Having made herself at home at the Delaney Mansion, Lorna Bow gave an abundant hard time to Brace, with absurd claims about the management of the house, and submitting to James a document in which all of her benefits from being the widow of Horace Delaney were listed, including ownership of half of the mansion and Nootka Sound. Lorna put it clear she wanted to meet James, totally disinterested in Nootka Sound but eager to have a home. After a play at the Theatre Royal, Drury Lane Lorna was approached by a mysterious woman offering a ride in a carriage. Once onboard, the woman tried to kiss Lorna, warning also that an aristocrat was waiting for them for paid sex. At all thrilled by the idea, Lorna stabbed the man when he tried to touch her inappropriately, and Lorna was saved in time by James Delaney, who offered her a diamond and a stay in Paris for her own safety. Lorna returned to the mansion and went immediately in her bedroom, distraught and frightened by what happened to her. [3]

Arrested by the guards, after crossing the mixed prison area full of criminals of all kinds, Lorna was conducted in a filthy cell where she was humiliated and mistreated, private as well as her clothes. weight carried in a small cell, she came face to face with Solomon Coop which, after further humiliated her by tearing her petticoat, offered two possible ways: to agree to sign the documents that would grant Nootka Sound to the Crown or submit to the charge of assault and attempted murder. About to be sexually assaulted by Solomon Coop, Benjamin Wilton escorted by other men burst into the cell, releasing Lorna. Once out of jail, Lorna was approached by Brace, charged with escorting her home and protect her. Once home, Lorna had a strange conversation with James in which both implicitly agreed to become allies. The following evening, Lorna accompanied James to a soirée, where the widow had the opportunity to converse with Zilpha about James. [4]

Curious to know the outcome of the duel between Thorne Geary and James Delaney, Lorna crossed the river waters to get to the designated location before the boat. Insecure about her stepson's plans, Lorna expressed her doubts to Brace, and then to James, with poor results. Invited to have breakfast on the beach by the latter, Lorna was made aware of James' plans to put the Crown and the Company against each other. Lorna met an ally in Winter because neither wanted the death of James Delaney. Later, after she had brought Horace Delaney's trunk at home, Lorna discovered that James was burning all the letters, drawings and documents, only interested in a document attesting the sale of Nootka Sound and his mother. Unnerved by this behaviour, she showed to James the secret compartment in the trunk where it was hidden such a document. [5]

Concerned by the continued absence of James from home, Lorna Bow headed Geary House hoping that Zilpha knew anything about it. Greeted rudely by the master of the house, Lorna didn't let the insinuations of Thorne Geary to frighten her nor left unnoticed the bruises on Zilpha's face. When James finally returned home, Lorna scolded him for not taking into account the state of anxiety in which he left her and Brace. James indirectly told Lorna that he was not going to negotiate with the Americans, he was plotting a betrayal against them through the gunpowder he had stolen, however, she believed he was going to provoke a revolution.[6]

Lorna Bow was visited by George Cholmondeley, who had taken charge of delivering Robert to Chamber House, safe and sound. Lorna made sure to welcome the child into the house, closing the door on Cholmondeley, preventing him from entering. Later, Lorna reached the shoreline to try to comfort James, who denied being there to attend, on the sidelines, to Winter's funeral. She then informed him about Robert, to which James responded with usual indifference. After James had left, Lorna noticed a child on the foreshore, but when she tried to approach him, he ran away. Later, while she was walking in the market, Lorna noticed the children who used to play with Winter, and among them was the child she had noticed in the morning, called "Temple" from other children. Carefully, Lorna approached the child who was intent on observing a makeshift altar under a bridge, trying to console him about the death of Winter. Lorna then discovered that Temple had witnessed the murder of the girl, committed by a hitman and not by James. Lifted by this discovery, Lorna returned home where she informed Brace of this news, who in return briefed her of more sad news; namely that James had been arrested by the King's guards. [7]

Aiming to help James with his release from prison, Lorna made sure that Temple to Helga informed on real events that led to the death of her daughter, accompanying Atticus when he rescued Helga and Pearl, from Edmund Pettifer's surveillance. Subsequently, Lorna came to Musgrove House posing as a cosmetics saleswoman, mentioning a "powder" to attract Countess Musgrove's attention to have a private conversation with her.

Despite the Countess pointed a knife at Lorna's throat, Lorna blackmailed her; if she had not done her part in the release of James Delaney from prison – namely delivering the flags' codes – they would have handed the Countess to the authorities.

Back at the Chamber House, Lorna found James sadly sitting on the couch, and put little to realise that the reason for his bad mood was contained in a letter on the table. Realising the suicide of Zilpha, Lorna tried to comfort James about the death of his sister. When he began to rave about visions and conversations with the dead, Lorna tried to bring him down to earth, reminding him that they had an escape to accomplish if they did not die first at the hands of the joint force of the Crown and East India Company. Waiting to be able to sail together with other women, children, and Godfrey within Dolphin Inn when it was time to run to the ship, Lorna fired several shots at soldiers but was wounded in the crossfire. Once they sailed out to sea, Lorna was lying on a couch in the cargo hold, where she exchanged a glance of understanding with James. [8]

James Delaney: "And what exactly is it that my father owed you?"
Lorna Bow: "He owed me a lifetime of care. A lifetime of devotion. He owed me kisses and love. He owed me a home and a fire and perhaps children some day. In short, he owed me all that is due from a husband to a wife."
― about Lorna Bow's identity

"My name is Lorna Delaney, formerly Lorna Bow, and, two years ago in Dublin, Horace Delaney and I were married. And I have proof that I am his widow."
― Lorna Bow's claims

"You are, in every way, an unopened box. Just when I think it’s empty, I hear a tiger roaring inside it."
― Lorna Bow to James Delaney

"If the crown and company solve their little dispute, they will crush you between them."
― Lorna Bow to James Delaney

"Tide's rising. You've lots of people waiting for you, people who have given up everything for you, James. The tide ebbs, she'll still be gone. The tide won't bring her back. You know, we could just sit here in these rotting chairs in this shitty house and die, like rats, like your father."
―Lorna urging James to react to Zilpha's death.

"We ought to go to Nootka. If anything it's a fine day to die at sea."
― Lorna Bow 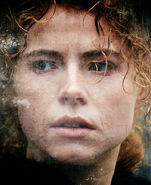 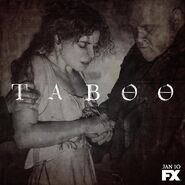