Season Two is the upcoming second season of Taboo, scheduled to broadcast on BBC One and FX for the viewers of the UK and US, respectively.

Filming was initially set to start in January 2019 but it has since then been confirmed, by Steven Knight himself, that filming has been postponed to the latter part of 2019, or early 2020.[2]

After the drawn-out and bloody gunfight in London’s docks, Delaney and his rag-tag crew manage to sail off towards America on a boat full of gunpowder and dreams. [3]

Official cast list to be revealed. Listed above those who sailed toward Portugal in season one's finale. [4]

Despite the BBC saying ‘no decision’ has been made about another run for the dark drama, star and creator Hardy thinks differently. When he and co-creator Steven Knight sat down with Entertainment Weekly, the pair teased there’s some ‘explosive’ stuff in store for Tom’s character James Delaney. [5]

Asked about season two being "the birth of a nation," Knight said: "I think we don’t talk about that. In my mind, explosive stuff is going to happen, which will be great, should it happen. There’s a great destination for it, but I don’t know if we’re in a position to talk about the actual details of it." Hardy added: "We’re onto the next stage. The key really is Colonnade. When he says, “We are Americans,” James is very ambiguous with how much information he’s going to give. In his mind, you will know when the time is right." [6]

Knight warned that the eight-episode nature of the show involves a lot of work. [7] He also hoped to start filming early 2018. [8]

Producer Ridley Scott added: "We’re thrilled people want to know what happens next and that the BBC and FX are up for more adventures with the devil Delaney and the league of the damned." [5]

Writer Steven Knight said: "James Delaney will continue to explore many realities as he takes his band of misfits to a new world, thanks to FX and the BBC, partners who could not be more suited to collaborating in ground breaking work." [5]

The new eight-part season was commissioned by Charlotte Moore, Director of BBC Content and Piers Wenger, Controller of BBC Drama. It will be produced by Scott Free London and Hardy Son & Baker for BBC One and FX with Sonar Entertainment distributing worldwide outside the UK. Executive producers are Scott and Kate Crowe for Scott Free, Tom Hardy and Dean Baker for Hardy Son & Baker, and Knight. [9]

Piers Wenger, head of drama at the BBC, said season two promises something "daring and different." [5]

Steven Knight, who also pens the international hit Peaky Blinders, tells HuffPost UK that the show will comprise "three series and out". He explains:

"I can feel the three acts. The first was ‘the escape’. The second will be ‘the journey’ and the third will be ‘the arrival’, and that’ll be it. I don’t think the story will be what viewers are expecting, but hopefully, they’ll enjoy it." The second series, already commissioned, follows the story after James Delaney (Hardy) leaves London, but will remain as dark, and probably violent, as the first. Steven is emphatic that the violence isn’t gratuitous but grounded in the reality of the era. [10]

According to Ridley Scott, Taboo was expected to go into production in September 2018 [11] but the production was delayed twice due to conflicting schedule and filming is set to start in the latter part of 2019, or the beginning of 2020.[2]

The long-awaited second season of the Tom Hardy's drama is still on the cards, reported sources at Radio Times. FX entertainment president Eric Schrier has confirmed that talks are ongoing about a potential second season, but that its return is "dependent" on working around Hardy's busy schedule.

John Landgraf, FX Networks and FX Productions chairman, added: "Steven is definitely game and we have what I think is a great idea for a second season, some of which has already been written but we just need the actor. We’re in active conversations."[12] 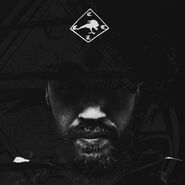 Pitch Key Art
Add a photo to this gallery

Retrieved from "https://taboo.fandom.com/wiki/Season_Two?oldid=5647"
Community content is available under CC-BY-SA unless otherwise noted.